Record Number of Visitors to UK from Abroad

A record number of foreign visitors holidayed in the UK last year, according to the latest figures just released by the Office for National Statistics.

The charms of the UK, together with the weaker Pound, attracted 39.2 million visitors from overseas in 2017, which is up an impressive 4 percent on the year before. 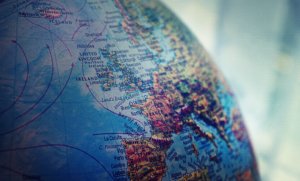 Towns like Windsor, which offer historical sites, as well as quintessential English charm, are forever popular with tourists from Europe, but also from further afield, such as China, America and Australia. In fact, the UK tourism organisation, VisitBritain, claims that visitor numbers from these countries were up last year. Of course, some of the visitors are staying in the UK on business and others are here visiting friends and family who live in the UK.

As for how much overseas visitors are spending once they are here … well that’s on the up as well. In 2017 it totalled £24.5bn, an astonishing 9 percent higher than in 2016. This illustrates the cheaper Pound’s powerful impact on spending.

Although London is still the top location for foreign visitors, they are spending billions in other UK destinations such as Windsor, Oxford, Edinburgh, the Lake District and the South West of England.

The long, hot summer we are enjoying is thought to be impacting the number of Brits going abroad for their holidays this year, with more than usual opting to stay put. There have been reports of massive discounts being offered on foreign package holidays as travel agents struggle to sell the deals that usually fly off the shelves.

As we slowly emerge from the pandemic, Windsor businesses are starting to see an upturn in footfall and new ventures are beginning to show their faces.  It all sounds very...

If you are a business traveller in need of short term all-inclusive serviced accommodation in Windsor then we are open for business with contactless payment and check-ins part of the...

As we begin to get back to business and re-open our apartments to the public, we are committed to providing safe, clean, sanitised rooms following strict government and industry guidelines...

Open for business during Coronavirus and our COVID-19 working practices

Accommodation Windsor Limited remains open for essential workers including our exceptional NHS staff and those that are stranded and unable to get home or who cannot stay where they are...