Whether you’ve bagged your dream job in the UK, or are simply seeking an adventure in a new country, moving to the UK can be a fantastic decision. However, there are plenty of practical decisions to make and some legal requirements to take into account first.

You may also be unaware of what life is really like in the UK. You might be wondering how to make friends in the UK, or what people do for fun.

Well, look no further. Here’s your ultimate guide to building a new life in the UK.

1. It’s important to get the right visa sorted

Depending on your reasons for moving to the UK, you may need a visa, either to enter the country in the first place, to stay for an extended period or to work in the UK. There are a variety of working visas available to people from outside the EU. Alternatively, you could have the right to live and work in the UK with a Non-British Dependents Visa.

There’s no denying that securing the right visa for your relocation can be complex, but there’s a wealth of information available on the UK Government’s website for visa and immigration matters. Remember to start looking into visa issues well in advance of your move as it can take many months to process applications.

2.  There are plenty of accommodation choices 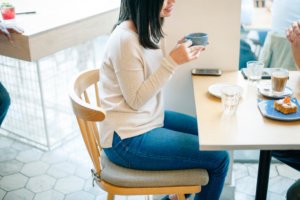 Finding the right accommodation for you and your family after a move to the UK shouldn’t be too difficult as there is a huge amount of choice. If you are looking to rent a property, price and quality vary enormously so it pays to shop around. You might find that a short-term rental is a good option to begin with as this doesn’t require you to commit to an area or a long lease straight away.

Letting agencies usually require a deposit plus two months rent up front, so you’ll need some money in the bank to get you started. They may also require references from past landlords and proof of regular income.

There are even more flexible accommodation options, such as guest houses and ‘bed and breakfasts’ that usually rent out room by the night but also offer discounts for people looking to stay for a number of weeks or months.

Buying a property is more complicated and usually involves taking out a mortgage, which is close to impossible for non UK-citizens. If you are a cash buyer, however, there is no reason why you can’t purchase property in the UK.

3. It’s a great place to bring up children 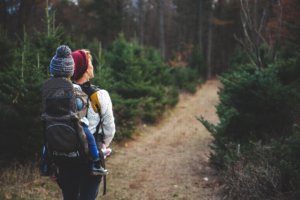 Childcare in the UK is readily available, flexible and of high quality – but it can be expensive. The UK Government has taken steps to try to encourage parents of young children to return to work and some free childcare hours (up to 30 hours from the age of 2 or 3) are available to qualifying parents. If you are from with the European Economic Area (EEA) you may be able to claim the free hours, alongside tax-free childcare or childcare vouchers, but do check the official website for more details. If you are moving to Wales, Scotland or Northern Ireland, the system may vary.

Parents of young children, from the age of around 3 months to 4 years, can access childcare in the form of public nurseries, private nurseries, nannies, childminders and creches. Children start school in the September following their fourth birthday.

A government-run organisation called Ofsted oversees quality control for all childcare providers and schools and can provide you with masses of information on a particular nursery or school to help you make your choices. Be sure to look for Ofsted-registered providers.

Children are entitled to a free school place until they are 16 years old.

4. You may be entitled to help if you fall on hard times

The UK has a celebrated welfare system that is in place to help those in need when they are out of work, unable to meet general living costs due to low pay, or are too ill to work.  If you have moved to the UK from within the EEA you may be able to claim certain benefits.

If you are living in the UK on a visa that states ‘no recourse to public funds’ or are subject to immigration control, you won’t normally be eligible to claim any welfare from the state.

The British are very proud of their National Health Service (NHS) and rightly so, as it allows everyone to be treated by doctors, nurses and in hospitals equally and for free at the point of use.

If you require medical treatment in the UK, you won’t be turned away and, if you are from within the EEA, or have British right of abode, treatment may well be free to you as an expat.

5. Politics has everyone talking

Politics in the UK is a very public matter. Britain’s political landscape has looked the same for a long time, with the three main political parties winning almost all votes at each general election. The Conservative Party is a right-wing party and the Labour Party and the Liberal Democrats sit to the left. Peripheral parties, including the Green Party and UKIP, have offered somewhat of an alternative, but fail to make significant impacts nationally.

In the summer of 2016 a referendum took place asking the British people whether they wanted to remain part of the European Union or leave it. Leave won with 51 percent of the vote, to Remain’s 49 percent.

The process of ‘Brexit’ as it is being known, has been highly complex and controversial. Those relocating to the UK from the EU before the end of the Brexit implementation period (December 2020) can do so, with family members, and can apply for temporary leave to remain in the UK and ‘settled status’ after five years.

6. You’ll need to make a contribution

Those living and working in the UK on a permanent basis will be expected to pay taxes, either through a ‘pay as you earn’ system, whereby the money is automatically deducted from your salary each month, or by completing a ‘Self Assessment Tax Return’. Compared to many other countries, the UK tax paying system is pretty straightforward, particularly if you are employed.

Income tax is paid on salary above a certain ‘personal allowance’. It is paid at different rates depending on which tax band your income falls within. The banding system is in place to try to ensure that those earning more pay a higher rate of income tax.

National Insurance is paid by most working people and goes towards the payment of certain benefits, including state pension and maternity allowance. The Money Advice Service has a detailed guide to all things tax related, which helps those working in the UK for the first time to understand this complex system.

7. Get ready for some traffic jams

Getting around in the UK is relatively easy, partly because it’s a small country. The road network is extensive, you can catch trains and buses even in the smallest rural towns and walking and cycling routes are often well-marked and established. However, there are a lot of people living in a small space and roads become congested quite regularly. If you are moving to the UK from a much larger country, you may find the levels of traffic frustrating.

8. You’ll be spoilt for culture and sport

Whether you’re interested in cutting edge arts or traditional, old-fashioned British activities, it won’t be difficult to find what you’re looking for in the UK.

If you enjoy theatre, cinema, art or sports, a move to the UK comes with some fantastic opportunities to enjoy some cultural highlights. Britain’s large cities, such as Bristol, London, Manchester, Edinburgh and Cardiff offer expats access to world-class galleries and venues.

You can also immerse yourself in classically British pastimes such as Saturday afternoon football matches, having a drink in a traditional pub and watching soap operas that have been on air for decades, such as Coronation Street and Eastenders.

9. The sense of history is truly remarkable

From the tiniest villages to the largest cities, you are never far from history in the UK. Much of the population lives in homes well over 100 years old and a large number of buildings were constructed from as early as the 15th Century. There are medieval churches and abbeys dotted around the countryside and magnificent historical sites such as Stonehenge, Windsor Castle, the University of Oxford, the Tower of London and Westminster Abbey to visit.

10. British people are reserved, but friendly

Most British people are extremely friendly and most enjoy ‘small talk’ (chatting about the weather, or passing comments about the smaller details of daily life) with acquaintances and even strangers. People tend to steer clear of personal or emotive topics, such as politics or religion, with everyone apart from close friends and family, and good manners are expected and appreciated.

Deciding to relocate to the UK, with or without a family in tow, is a big decision. However, it’s a comparatively easy place to settle and its location on the edge of Europe makes it the perfect base from which to see more of the world.

Whether you want to lay down long-term roots or experience life in a new country just for a year or two, the UK can offer wonderful opportunities and experiences.

Travelling with Children to the UK – A Practical Guide

Finding The Best Accommodation In Windsor

See below few of our properties

One bedroom in West Windsor