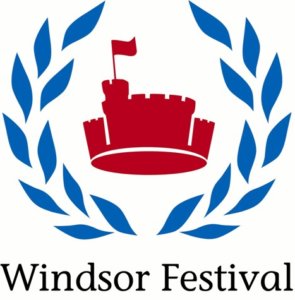 Windsor is set to host another Autumn of amazing cultural events during its annual Windsor Festival in September, and tickets are now on sale.

This year, the line-up is marking the centenaries of both the end of the First World War and of Women’s Suffrage. The exciting list of performances and speakers includes the Royal Philharmonic Orchestra and Orpheus Sinfonia, together with leading baritone Roderick Williams, who will be performing music commemorating the Great War.

A number of fascinating speakers will be coming to Windsor to share some insights about notable women from history. Jenni Murray will be sharing her thoughts on ‘A History of the World in 21 Women’, while Shami Chakrabarti is also appearing to talk about her book ‘Of Women: In the 21st Century’.

As well as giving locals and those visiting Windsor the chance to enjoy some cultural highlights this Autumn, the Windsor Festival also opens up some of the town’s most beautiful and historic buildings as venues. This year these include St George’s Chapel, Waterloo Chamber in Windsor Castle, Windsor Guildhall and Cumberland Lodge in the Great Park.

As well as the programme of music and talks, there will be a number of open houses featuring the work of local artists and craftspeople. Several other small exhibitions, as well as a community stage will also feature as part of the festival at the Old Court arts centre on St Leonard’s Rd.

The Macdonald Windsor Hotel, right across from the Castle, will be offering a special Festival Menu throughout the duration of the event from 16th September to 30th September.

If you are a business traveller in need of short term all-inclusive serviced accommodation in Windsor then we are open for business with contactless payment and check-ins part of the...