The Queen Gifts Windsor Home to Harry and Meghan 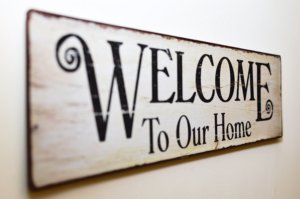 The newly titled Duke and Duchess of Sussex are expected to be moving to Windsor soon, to set up home at Adelaide Cottage in the grounds of Windsor’s Home Park.

Reportedly, the Queen has gifted the residence to the couple following their wedding at the Castle in May.

The house itself is a much-loved property that has an interesting history. It was first built in 1831 for the wife of King William IV, who was known as Queen Adelaide. The interior features some elaborate motifs, including gold dolphins, and there are also said to be Greek-style marble fireplaces within the cottage.

Queen Victoria would often take her breakfast or tea at the cottage, according to reports, while Princess Margaret’s lover, Peter Townsend, who she was apparently unable to marry due to Royal traditions and protocols, is another notable past-tenant.

The happy couple have been living in the grounds of Kensington Palace at Nottingham Cottage since their marriage, but are said to favour Windsor as a location. They are reported to like the idea of the privacy that Adelaide Cottage could offer them, while maintaining a level of proximity to London.

Newspapers claim that Harry and Meghan have already been to view the cottage and are excited to be making the move to Windsor very soon.