Actual occupancy levels for serviced apartments in the UK are at an impressive 79 percent, despite a slight slowdown in London due to an increase in supply.

The capital has seen an influx of new apartments coming onto the short-term rental market as a result of the popularity of this type of accommodation among a range of travelers. For example, there has been a rise in tourists from outside the EU looking for serviced apartments in Windsor following the international interest in the Royal Wedding earlier this year. 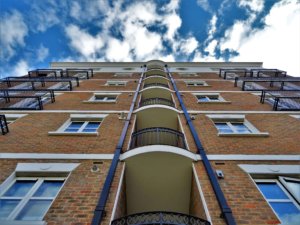 However, the rise in number of executive apartments available in some larger UK cities, such as London and Edinburgh, resulted in a slight drop in occupancy levels in the first half of the year, down 1.1 percent and 8.5 percent respectively.

The figures were released by the Association of Serviced Apartment Providers (ASAP). The organisation’s CEO, James Foice, commented: “While the new supply is creating some challenges this year for our sector, especially in London, it’s really encouraging to see that operators remain confident about the future.”

Back in June, ASAP questioned serviced apartment operators about their level of confidence in the sector. They found that 38.5 percent of those questioned were more positive about the industry than six months before, while 37 percent said they are bringing plans to expand forward in response to demand.