Ryaniar is attempting to reduce delays on its flights to and from the UK by making further changes to its baggage policy. 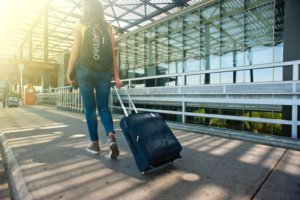 The low-cost airline is a favourite option for a huge number of business travellers and tourists who go on to stay in serviced apartments in Windsor and other popular locations in the UK. However, it has suffered from a reputation for complicated baggage allowance rules and delayed flights. To address at least one of these problems, Ryanair has announced some new rules for non-priority travellers.

For all bookings made from 1 September, and at airports from 1 November, non-priority passengers will be allowed to carry only one small item of hand luggage. The size limits for this small piece of luggage have increased slightly to 40cm x 20cm x 25cm.

The new policy replaces a previous rule brought in earlier in the year, which saw non-priority passengers being asked to check-in their larger pieces of hand luggage at the gate for free. Although this previous rule change was also intended to reduce delays it was actually causing hold-ups, according to the airline.

Ryanair says it hopes the new rules will result in passengers either paying to upgrade to priority tickets or spending a little extra on a 10kg carry-on limit if they want to take an extra piece of hand luggage with them.

The airline claims that the new rules will only actually impact some 40 percent of passengers as 60 percent of travellers already either pay for priority tickets or happily travel just with one small carry-on bag.