‘Once in a Lifetime’ RAF Centenary Flyover Comes To Windsor

Nearly 100 RAF aircraft, joined by the Red Arrows display team, will soar over the skies of Windsor just after 1pm on 10 July in what has been called a “once in a lifetime” event.

Marking the centenary of the RAF, the mixture of vintage and modern aircraft will fly from Ipswich at 12:45pm, reaching Buckingham Palace at 1pm and Heathrow at 1:10pm. Windsor and Maidenhead will be next, a few minutes later. 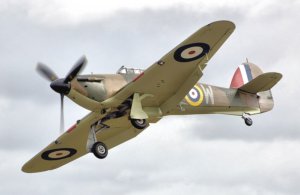 Perhaps most anticipated will be the RAF’s next generation fast jet, the Lightning, as it takes to the air for what will be its first public outing.

Providing the weather conditions are right, 25 different kinds of aircraft will be involved in the procession.

The RAF says: “This once-in-a-lifetime flypast will provide an iconic centrepiece for the RAF100 celebrations.

“In our centenary year we are commemorating those that have come before us, celebrating our current personnel and, ultimately, inspiring a new generation to write the next chapters in the RAF’s story.”

To get a great view of the flypast, Windsor tourists and locals alike could head to Alexandra Gardens, where they may enjoy views of the flypast in the skies above Windsor Castle.

Alternatively, anyone lucky enough to have accommodation in central Windsor will be able to enjoy the flypast in all its glory from the comfort of their own home or garden.