Tourist attractions in the Capital and beyond have seen a massive surge in bookings this summer, with Windsor Castle reporting a 92 per cent increase in ticket sales following the Royal Wedding in May 2018.

This is according to online tour booking service Isango, which sells a range of tours around the historic castle, with many of its customers coming from all corners of the globe.  Isango examined their booking data from 1,000 customers and found Windsor Castle to be their top attraction in the UK, followed by bus tours of central London, Northern Ireland’s Giant’s Causeway and boat cruises down the Thames. 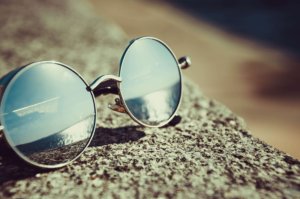 Those visiting Windsor during the heatwave have opted to buy tickets for Windsor Castle as it offers a break from the heat, but also has beautiful gardens to explore in the sunshine.

The summer’s heatwave has resulted in a booming trade for many of London’s outdoor attractions this year, with general sales up 56 per cent, according to Isango.

Particularly popular this summer were attractions such as Hampton Court, London Zoo and Greenwich Park, which all reported increased ticket sales thanks to the warm weather.

Restaurants, bars, hotels and casinos in London’s West End have reported enjoying bumper summer, following a six-month period of depressed sales.  The Association of Leading Visitor Attractions reported a 4 per cent increase in ticket sales this year so far, compared with last year, which was, itself, a record-breaking year for London tourism.

As we slowly emerge from the pandemic, Windsor businesses are starting to see an upturn in footfall and new ventures are beginning to show their faces.  It all sounds very...